Just when it appeared Connecticut’s fiscal situation under Failed Governor Dan Malloy and his Democrat Enablers couldn’t get any worse, the state has suffered another credit rating downgrade. Standard & Poor’s downgraded its outlook for Connecticut’s general obligation bonds on Friday to “negative.” S&P directly attributed its downgrade to the state’s over 100 day-long budget crisis and “substantial tax increases” enacted under Malloy’s previous budgets, and warned that another credit downgrade could come “if the state departs from a structurally balanced budget.” In this year alone, all three major credit agencies, S&P, Moody’s, and Fitch, have downgraded the state’s credit rating while Connecticut’s budget crisis continues with no end in sight.

Without a budget for 105 days, Standard & Poor’s Global Ratings sent the state a message Friday when it downgraded its outlook for Connecticut’s general obligation bonds to ‘negative.’

It didn’t lower the bonding rating from A+, but it revised its outlook from stable to negative for the state’s $19 billion in general obligation debt.

‘The outlook change reflects what we believe to be increasing constraints on Connecticut achieving long-term structural balance, highlighted by the state’s delay in enacting a fiscal 2018-2019 biennium budget for the period that began July 1, 2017,’ S&P Global Ratings credit analyst David Hitchcock said. ‘These budget constraints include revenue weakness because of slow economic growth and recent population decline and reduced revenue-raising flexibility after substantial tax increases were instituted in the last two biennium budgets…’

If the state departs from a structurally balanced budget, if revenues fall below expectations, and if there’s an increase in pension liabilities, ‘we could lower our rating on Connecticut,’ he said. 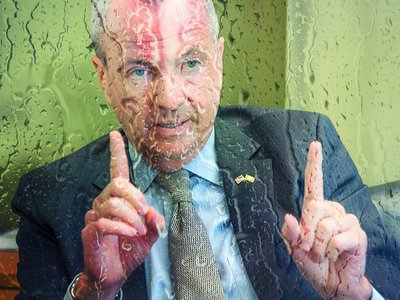