Gov. Doug Ducey has ordered the state to implement a massive Arizona income tax cut he helped pass a full year ahead of schedule, weeks before the midterm elections. Ducey’s office sent a letter directing Department of Revenue Director Robert Woods to make the state’s flat tax of 2.5% begin on Jan. 1, 2023. Once in effect, Arizona will have the lowest flat tax in the country. “It’s time to deliver lasting tax relief to Arizona families and small businesses so they can keep more of their hard-earned money,” the governor wrote. “This tax relief keeps Arizona competitive and preserves our reputation as a jobs magnet and generator of opportunity.”

The governor says Arizona’s economic performance gives the state a $4 billion budget surplus through 2024, allowing residents and businesses to take advantage of lower taxes sooner than planned. The plan will save taxpayers about $1.9 billion next year compared to before the plan was enacted, although the vast majority of those cuts go to high-earning Arizonans. The cuts started at $1.5 billion this tax year and were to be phased in once the state met revenue targets, which came a year before projections.

The flat tax plan eliminates the state’s old graduated income tax scale, which started at 2.59% and had a maximum tax of 4.5% for income over $159,000 a year for a single person. All taxpayers will now pay a maximum of 2.5%. Ducey says the average family will save $350 a year, but the Legislature’s budget analysts put that figure much lower. Meanwhile, high-earning Arizonans will see huge benefits. “These tax cut overwhelmingly benefit the richest Arizonans and do very little for middle- or low-income Arizonans,” said David Lujan, President and CEO of the Children’s Action Alliance, a lobbying group that advocates for child welfare and education issues.

Ducey has mainly waived off the inequities in who benefits from the measure he signed last year, instead trumpeting the effects on the state’s economy. “This tax relief keeps Arizona competitive and preserves our reputation as a jobs magnet and generator of opportunity,” he said in a statement.

Ducey signed the bill in July, but strong opposition continued a legal battle in the courts. Opponents of last year’s tax cut package, mainly backers of public education, collected enough signatures to block it from taking effect until a vote in November’s election. But the state Supreme Court halted that effort in April, agreeing with business groups that tax legislation is not subject to the voter referendum process in the state constitution. “A revenue measure is exempt from referendum, regardless of the increase or decrease in revenue, provided it is for the support and maintenance of existing departments of the state government and state institutions,” Justice John Lopez wrote for the five-justice majority.

Republicans who steered the tax cuts through the Legislature last year also hailed the acceleration. The tax law said the full cut would go into effect if revenues yearly exceeded $12.9 billion. Revenue in the budget year that ended June 30 reached $16.7 billion, the most ever.

Ducey, a Republican who pushed for an expansion of the court in 2016 that has allowed him to appoint six of the seven justices, backed the massive tax cut and hailed the decision when the court handed it down.

But the tax cuts could cut both ways if a recession hits. Arizona was among the states that had to make the biggest spending cuts after the Great Recession hit in late 2007. Lujan said state rosy revenues figures are inflated by federal pandemic spending. “If our economy goes into a recession like a lot of people think, all these tax cuts are going to mean we’re going to have to cut the next time we see an economic downturn,” he said. 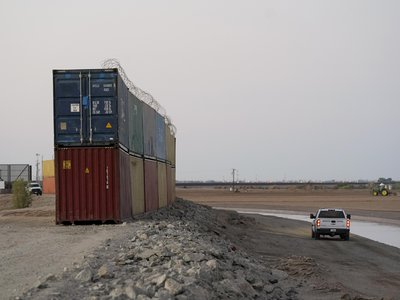