“Whether they fit all the definitions of ‘critical race theory’ or not, the new standards appear designed to divide New Mexicans by race, ethnicity and economic status,” Rio Grande Foundation president Paul Gessing told the Journal.

Republican Governors Association regional press secretary Will Reinert said, “‘Privilege, power and inequity language’ will be sure to divide students instead of uniting kids to build a stronger New Mexico together.”

“Distracted from countless scandals and constant education secretary turnover, Michelle Lujan Grisham is not capable of turning around the state’s public school education system,” Reinert said. “Instead, Governor Lujan Grisham forces teachers to focus on teaching a divisive curriculum instead of skills that will lead to better opportunities for New Mexico’s children.”

The news of the Critical Race Theory standards is not new, as the Legislature previously passed the “Black Education Act” in the form of 2021’s H.B. 43, a bill sponsored by disgraced ex-Rep. Sheryl Williams Stapleton (D-Bernalillo), who served as the Democrats’ House majority leader. She is currently being charged on multiple federal counts after she appears to have stolen millions of dollars from the Albuquerque Public Schools through her role as a legislator and an administrator.

H.B. 43 included adding CRT to the New Mexico public schools, indoctrinating children with language such as “…creating and sustaining equitable and culturally responsive learning environments.” It requires all school personnel to “successfully complete an online or in-person antiracism, racial awareness and sensitivity training or professional development approved by the department that addresses race, racism and racialized aggression and demonstrates how to create and foster an equitable and culturally responsive learning environment for racial minority students.”

Furthermore, H.B. 43 also mandated, “All school discipline policies shall define and include a specific prohibition against racialized aggression involving a student or school personnel.” Now, CRT is seeping through the public school system, leaving districts with not many options. 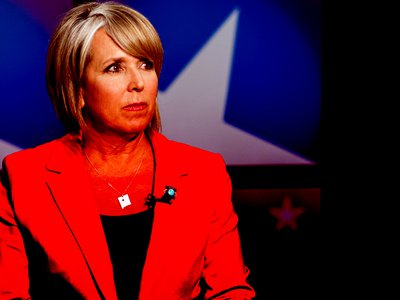 Top Stories
1.
Michael Moore Makes A Fool of Himself (Again)
2.
Which Presidents Had The Best Hair Of All …
3.
Stacey Abrams: Raising Taxes On Georgia Families Is …
4.
Louisiana Parents Outraged Over Middle School Sex Survey …
5.
Biden says ‘more important things’ than border visit, …
6.
Biden's frequent Delaware trips have cost taxpayers at …
7.
Man accused in killing becomes key figure in …
8.
‘A Clear And Present Danger To Its Users:’ …
9.
South Dakota To Restrict Purchases Of Farmland By …
10.
Governor Reeves calls for Mississippi to establish a …