The Tallahassee Democrathas the details:

‘My hope is that they will move quickly,’ he said…

Gillum’s comments…followed the public release of a photograph showing Gillum on a boat in New York City with a man believed to be an undercover FBI agent who posed as a developer named Mike Miller and one of the mayor’s longtime friends, lobbyist Adam Corey. Gillum acknowledged he did not know at the time that Miller was possibly a federal agent.

Gillum declined to answer questions from the Tallahassee Democrat about his trip to New York last year and his encounters with Miller, who first appeared in Tallahassee in 2015 as part of an FBI probe into possible public corruption.”

What does this FBI investigation mean for the Gillum campaign? Only time will tell.

WXIA: Is Mike Miller a developer from Atlanta? Or Someone else?

At the time of the Power Plant meeting in July 2016, “Mike Miller” already was a year into what appears to be a massive, multi-year investigation of local politicians, their friends and millions of dollars in taxpayer redevelopment money. In the crosshairs may be some of Florida’s most ambitious political climbers, including its mayor, who has his sights set on the Governor’s Mansion.

Whispers of corruption are commonplace in the one-degree-of-separation government town halfway between Pensacola and Jacksonville. Teeming with lobbyists, professors and political sophisticates, local officials can barely keep an arms-length from those who seek to influence them. Over the years, rumored FBI investigations have come and gone without any charges.

This time, however, political gadflies are bracing for indictments to come as sure as August afternoon thunderstorms. 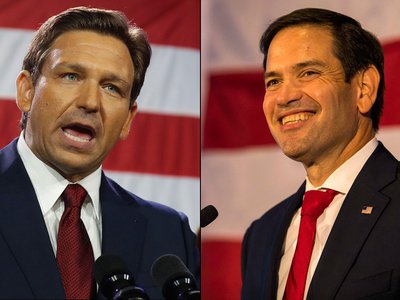 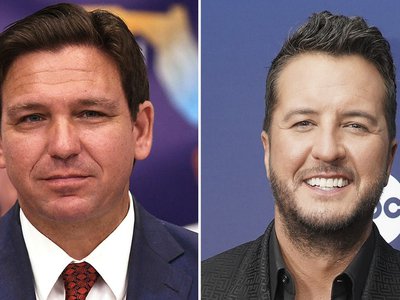 Gov. Ron DeSantis does not have any intention of stopping his plans to fly illegal immigrants to Democratic states.

Gov. Ron DeSantis (R-FL) holds a strong lead over Charlie Crist in the race for Florida’s governor, leading his Democratic challenger by 11 points in recent polls 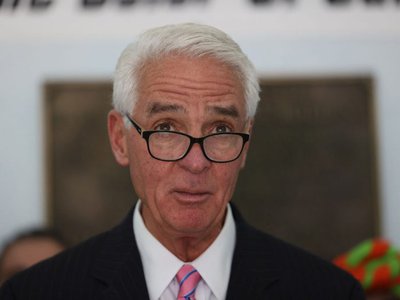 Florida Democratic gubernatorial candidate Charlie Crist is under scrutiny for his running mate's criticism of the Trump administration's recognition of Jerusalem as Israel's capital city.