The U.S. will withdraw from the United Nations Human Rights Council, Secretary of State Mike Pompeo and U.S. Ambassador to the U.N. Nikki Haley announced Tuesday.

The decision to exit the U.N. body comes after more than a year of threatening to do so, calling for reform, and accusing it of an anti-Israel bias -- but it also follows one day after its High Commissioner criticized the U.S. over President Donald Trump's immigration policies, especially the one that has led to separating of families at the U.S.-Mexican border.

Haley blasted the U.N. body as a "hypocritical and self-serving organization that makes a mockery of human rights" and "is not worthy of its name," while Pompeo slammed it as "an exercise in shameless hypocrisy" and said it had become "an obstacle to progress and an impediment to change" by providing cover for repressive regimes.

After repeated warnings by the Trump administration, Haley said, "Regrettably, it is now clear that our call for reform was not heeded."

The administration has argued that the body, which issues a report on Israel at every session, is inherently biased against the U.S. ally. But it's also criticized it for including repressive regimes among its ranks and not speaking out against member states. In her remarks Tuesday, Haley specifically cited countries like Venezuela and the Democratic Republic of the Congo, both of which are members of the body.

"When a so-called Human Rights Council cannot bring itself to address the massive abuses in Venezuela and Iran and it welcomes the Democratic Republic of Congo as a new member, the Council ceases to be worthy of its name," she said.

She lamented that no country would publicly join U.S. efforts to reform the body, even while many expressed support, she said. Specifically, she called out Russia, China, Cuba, and Egypt for blocking reform efforts, saying they'd done so to protect their own bad behavior.

Read the rest of the article here: 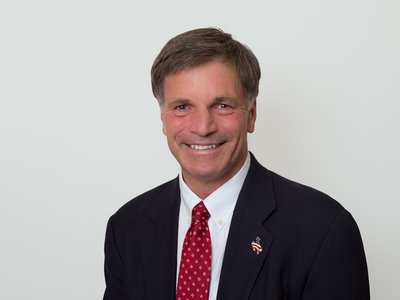