Here's more, from The Odessa American:

“As the numbers for 2018 begin to trickle in, it is becoming increasingly obvious that Texas had a banner year in terms of job creation. Overall, the state economy added 391,800 jobs through the 12 months ending in December 2018.

That amounts to well more than 1,000 jobs each day. The mining and logging sector (which is almost entirely oil and gas in our neck of the woods) grew by 18.0 percent during the past year, adding 41,300 net jobs. The largest numerical gains were seen in the trade, transportation, and utilities (82,700 jobs) and professional and business services (75,600 jobs) market segments. It is also worthy of note that construction employment in Texas is at an all-time high.

At a local level, the findings are in some ways even more remarkable. The Dallas-Fort Worth-Arlington Metropolitan Statistical Area (MSA) led the nation in nonfarm employment growth with 116,400 new jobs in 2018, well ahead of the much larger New York-Newark-Jersey City MSA, which saw an increase of about 109,000 net positions. Not far behind was the Houston-The Woodlands-Sugar Land MSA, in third place with 108,300 jobs added over the year. That amounts to a staggering 2,000 jobs created each week on average in each of our two largest metropolitan areas. Additionally, the Midland area led the nation with a 6.7 percent growth rate in employment during 2018, fueled by an epic resurgence in the oil and gas industry that has profound implications for the future.” 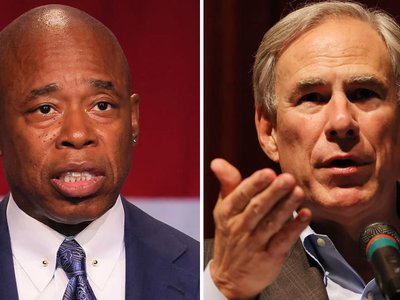 Mayor Adams likes to pat himself on the back for welcoming migrants with open arms to his sanctuary city. That is, until he actually has to follow through on those lofty promises

Texas Gov. Greg Abbott on Monday invited the mayors of New York and Washington to visit the border and get a first-hand look at the surge of illegal immigrants that are now overwhelming communities far from the boundary 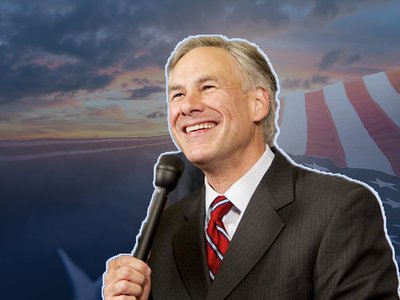