The latest jobs report released by the federal Bureau of Labor Statistics proves that Republican governors continue to lead the way in getting Americans back to work.

Many states led by Democrat governors faced yet another month with large numbers of workers unable to find jobs, with states led by Democrat governors reporting the five highest unemployment rates. Once again, Hawaii, under David Ige’s leadership, posted the highest unemployment rate in the nation (15.1%), exacerbating increasing concerns about Ige’s handling of the economy and COVID-19 pandemic, especially on the heels of a recent bond downgrade. Four other states saw their September unemployment rates over 10%: Nevada (12.6%), California (11.0%), Rhode Island (10.5%), and Illinois (10.2%).

Shockingly, despite astronomically high unemployment rates already rocking their states, Governor Gavin Newsom of California and Governor J.B. Pritzker of Illinois are looking to inflict more economic pain on their citizens by pushing tax-hiking ballot initiatives in the November election. Newsom is advocating for an $11.5 billion annual property tax hike, while Pritzker is hoping to scrap Illinois’ flat tax in favor of a $3.4 billion income tax hike.

“The latest jobs report highlights GOP governors’ hard work to implement safe and bold economic recovery plans to get their states back on track,” said RGA Deputy Communications Director Mike Demkiw. “While Republican governors are increasing economic opportunity for Americans, poor fiscal management, crushing regulations, and an obsession with raising taxes continue to stunt growth and drive up the unemployment rates in states led by Democrats.”

Psaki On Biden Keeping Migrant Kids In ‘Containers’ Versus ‘Cages’: ‘We Only Have A Couple Of Choices’

Gov. Larry Hogan (R-MD) is blaming teachers unions for keeping schools in his state closed even though he has met their main demands for reopening schools. 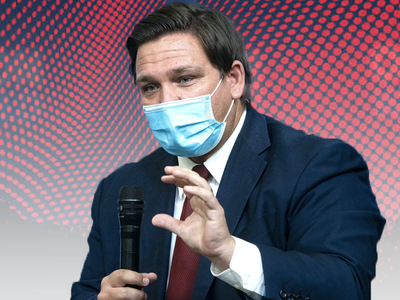