Washington D.C. Bureaucrat Richard Cordray’s appearance of giving sweetheart deals to his political allies at the taxpayer’s expense continues to cause problems for his Ohio gubernatorial campaign. The Associated Press reports that GMMB, an advertising and media firm that has been doing political work for Cordray’s campaign, received tens of millions in taxpayer funds from the federal agency Cordray was in charge of between 2013 and 2018.

The original estimated value of GMMB’s contract with Cordray’s Consumer Financial Protection Bureau was only $11.5 million, but the costs eventually swelled to a staggering $43.8 million. Inspectors concluded that the agency “could have better managed the contract and they urged stronger controls be put in place.” Cordray’s controversial ties to GMMB have been a source of concernfor months with possible questions of whether Cordray was engaging in a pay-to-play scheme with the Democrat ad firm.

Cordray’s continued use of GMMB for his gubernatorial campaign raises serious ethical questions and further shows that he can’t be trusted to lead Ohio.

An advertising and media firm to which Ohio gubernatorial candidate Richard Cordray’s agency gave government work while he was a federal official now is doing political work for him.

Records reviewed by The Associated Press show Washington-based GMMB recently has been making Ohio ad buys for Democrat Cordray’s gubernatorial campaign against Republican Attorney General Mike DeWine. The two are locked in a high-profile fight for the office Republican Gov. John Kasich vacates in January due to term limits.

GMMB’s political work for Cordray, a Democrat who is a former director of the Consumer Financial Protection Bureau, follows Republican criticism that the bureau’s decision to hire the firm under Cordray’s watch was politically motivated.

GMMB was the lead advertising agency for the successful presidential bids of Barack Obama in 2008 and 2012. The Democratic former president is scheduled to campaign for Cordray in Cleveland on Thursday.

‘The whole thing is peculiar,’ said Matthew Henderson, a spokesman for U.S. Rep. Warren Davidson, an Ohio Republican who questioned the contract during a hearing in April. ‘Why was former director Cordray spending so much on a PR firm he would eventually hire to run his campaign for governor? And why was a government agency that was created to protect consumers and prosecute fraud spending a higher percentage on PR than a car brand like Chevy?’

The federal Office of Inspector General reported in June that costs tied to GMMB’s contract with the consumer bureau grew from the original estimated value of $11.5 million to $43.8 million from August 2013 to February 2018. Inspectors said the bureau could have better managed the contract and they urged stronger controls be put in place.

Mick Mulvaney, appointed by Republican President Donald Trump to succeed Cordray as bureau director, said during the April hearing that he planned to cancel the contract.

Besides Obama’s campaigns, GMMB has served Democrat-aligned clients including Emily’s List, the Democratic Governors Association, the League of Conservation Voters and the Democratic Senatorial Campaign Committee, according to its website. It also did government work pitching the benefits of the federal health care law, commonly known as Obamacare.

Catherine Turcer, executive director of Common Cause Ohio, a nonpartisan watchdog group, said the Cordray campaign may have looked at GMMB’s work for Obama and felt it was a good fit — but such relationships should still be approached with caution.

‘The problem is, of course, that elections now are so closely tied to governing that it makes voters concerned because everything’s so embedded and intertwined,’ she said. ‘It at least deserves a conversation.’

‘Not only was Director Cordray’s $43 million advertising budget a total waste of public funds, but its deeply concerning that these public funds were directed to a political firm that is helping to run his campaign,’ she said. 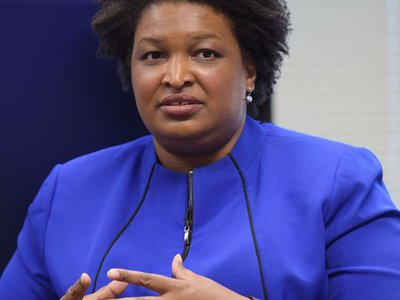 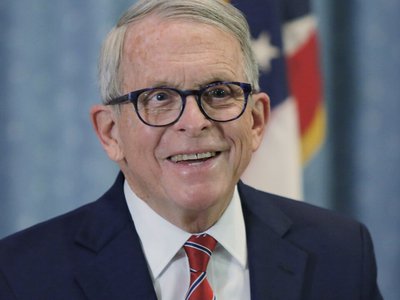 More teachers and staff in Ohio will be permitted to carry firearms on school premises after state Gov. Mike DeWine (R-OH) signed a bill into law Monday that reduced gun training requirements in the name of school safety. 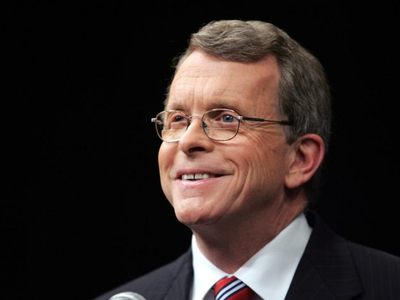 Top Stories
1.
Red States Are Winning the Post-Pandemic Economy
2.
Oregon Could Get Its First Republican Governor In …
3.
South Carolina veterans will no longer pay state …
4.
Kristi Noem slams Biden for getting every issue …
5.
Over 100 Georgia sheriffs condemn Stacey Abrams over …
6.
Whitmer touts growth in auto industry, but jobs …
7.
Multiple Texas counties to declare border crisis an …
8.
Which Presidents Had The Best Hair Of All …
9.
Georgia Gov. Brian Kemp calls on Stacey Abrams …
10.
Louisiana Parents Outraged Over Middle School Sex Survey …