New York taxpayers have lived for years under Democrat Governor Andrew Cuomo’s liberal tax-and-spend policies. Now, even fellow Democrats are warning about the deficit created under his tenure.

Cuomo’s budgetary problems come as a record number of people are fleeing high-tax New York, shrinking the tax base.

Just this year, US Census records found that “more than 1 million people moved out of the New York area to other parts of the country since 2010, a rate of 4.4 percent — the highest negative net migration rate among the nation’s large population centers.”

In a report on the state’s finances, DiNapoli said and additional funding cuts from Washington could “place significant strain” on the state’s bottom line.

New York state is projected to face a $4 billion deficit in the next fiscal year. Tax collections in the first six months of the current year are down nearly $768 million, or 2.1 percent, when compared with the same period last year, according to DiNapoli’s report. 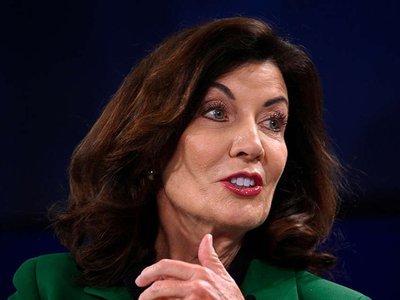 'I don’t know why [locking up criminals is] so important to you,' Hochul told Zeldin 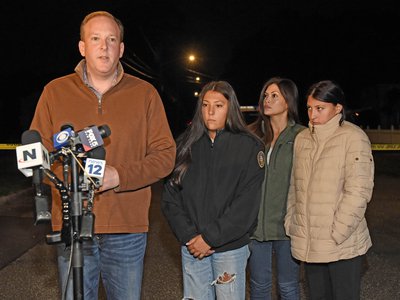 Top Stories
1.
Michael Moore Makes A Fool of Himself (Again)
2.
Which Presidents Had The Best Hair Of All …
3.
Stacey Abrams: Raising Taxes On Georgia Families Is …
4.
Louisiana Parents Outraged Over Middle School Sex Survey …
5.
Biden says ‘more important things’ than border visit, …
6.
Man accused in killing becomes key figure in …
7.
‘A Clear And Present Danger To Its Users:’ …
8.
Biden's frequent Delaware trips have cost taxpayers at …
9.
South Dakota To Restrict Purchases Of Farmland By …
10.
Governor Reeves calls for Mississippi to establish a …