After days of doubling down, New Hampshire Executive Councilor and Democratic candidate for governor Andru Volinsky was forced to reluctantly apologize for offensive comments directed at an African American nominee for the state Board of Education, made as Volinsky and his fellow Democrats on the council voted the nominee down.

Executive Councilor Andru Volinsky apologized Thursday for using the term “tokenism” in a debate with Gov. Chris Sununu this week over the governor’s nomination of a young person of color to sit on the state Board of Education.

Volinsky did not apologize specifically to the governor or to the nominee, Ryan Terrell, but he told WMUR in an interview, “It’s clear that I used some language (Wednesday) that has offended some people and that was not my intent and I fully apologize.”

This episode comes amid a bipartisan focus on ensuring more people of color are part of the policymaking dialogue nationwide. Volinsky has also blocked other African American nominees for state positions, including refusing to grant a hearing to Office of Professional Licensure and Certification nominee Eddie Edwards.

“Extreme Andru Volinsky has shown his true colors, and they don’t paint a pretty picture,” said RGA Communications Director Amelia Chassé Alcivar. “Volinsky’s reprehensible rhetoric exposes his deep partisanship at the detriment of diversity in the state government he seeks to lead – he’s clearly unfit to be an Executive Councilor, much less a governor.” 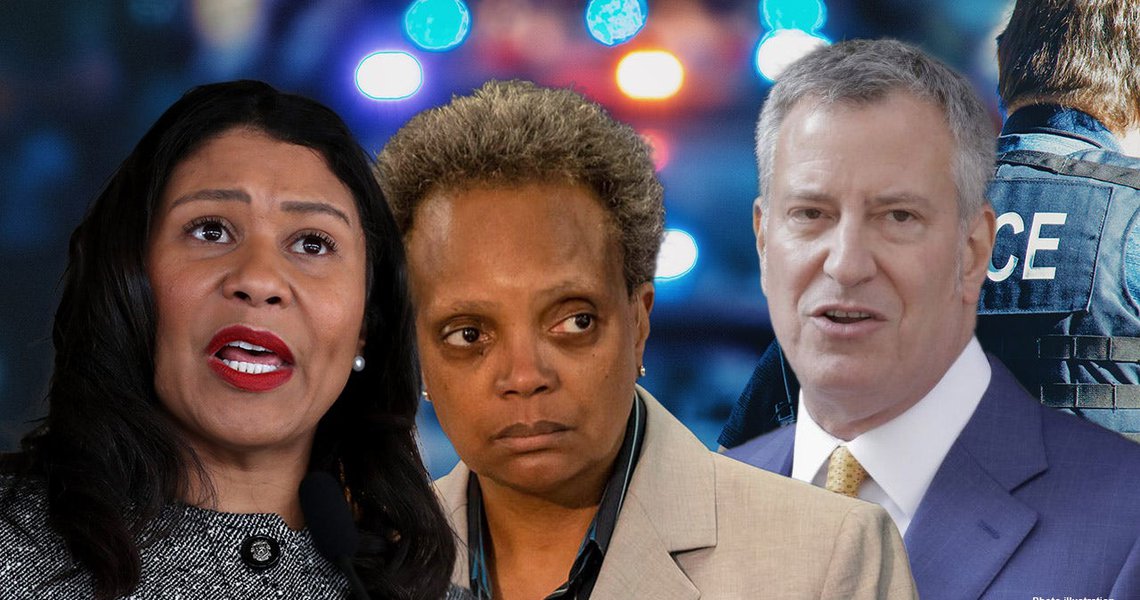 Despite efforts to defund police, these Democrat-led cities spent millions on private security for mayors

'I think probably the more startling thing isn't what was said, it’s the fact the crowd cheered,' said Jason Miyares, the GOP candidate for Virginia AG

Michigan Gov. Gretchen Whitmer will be stripped of emergency powers she used during the coronavirus pandemic

‘Time is of the essence’: Ron DeSantis urges Joe Biden to move on Cuba internet help

If Socialism Isn’t ‘Useful,’ Why Does Biden Rely on Socialists to Drive His Agenda?

When recent Cuban protests broke out, White House officials did everything they could to avoid mentioning either “socialism” or “communism.”

Bill de Blasio, Lori Lightfoot, London Breed are among the beneficiaries of the taxpayer-funded security details

'I think probably the more startling thing isn't what was said, it’s the fact the crowd cheered,' said Jason Miyares, the GOP candidate for Virginia AG

Michigan Gov. Gretchen Whitmer will be stripped of emergency powers she used during the coronavirus pandemic